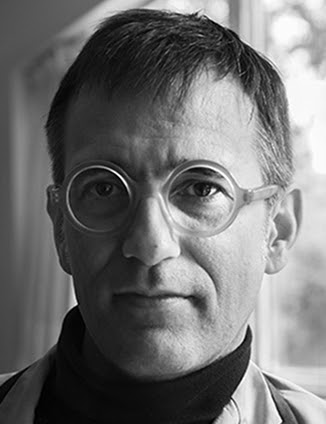 Marcos Cruz is an Architect and Professor of Innovative Environments at the Bartlett, UCL. His main research focuses on bio-integrated design in buildings. He runs Bio-ID with Dr Brenda Parker, a multidisciplinary research platform and Masters programme that investigates design that is driven by advances in bio-technology, computation, materials and fabrication. He was co-editor of Syn.de.Bio and founder of the BiotA Lab (2014-18).

Cruz was the Director of the Bartlett from 2010-14, having fostered its uncontested reputation as the UK’s leading architecture school. His varied teaching activity as an investigator, tutor and critic has been carried out at the University of Westminster (2008-10), UCLA (2010), and IAAC (2014- ), but most of all at UCL where he ran MArch Unit 20 for 19 years, as well as MArch AD RC7 for 4 years. In addition, he is regularly invited as an adviser to academic institutions and jury member of International competitions.

Cruz studied at the ESAP Porto and was an exchange student at the ETSAB Barcelona. After moving to London he gained a Masters with distinction and a PhD degree sponsored by the Portuguese Foundation for Science and Technology in 2007. His investigations about Neoplasmatic Architecture won the RIBA President’s Research Award in 2008.

In 2000 he was part of the design team for the Kunsthaus Graz competition (P Cook and C Fournier, first prize). In the same year Cruz co-founded MAM-ARCH London (former marcosandmarjan), whose work has been extensively exhibited, including the Venice and S.Paulo Biennales, along with solo exhibitions in Hamburg and Braunschweig. MAM-ARCH built buildings and pavilions and won several competitions. Their work is part of the permanent collection of the FRAC Orleans